Election Broadcast is all about achieving the highest ratings by being first and getting it right. Today, the viewers consume news information from various sources other than television, so providing a comprehensive analysis and insights is extremely important.

Broadcasters rely on WASP3D’s custom creative and consulting services, to address their election graphics requirement along with data integration challenges, for their election projects. WASP3D election graphics system is a template-based workflow. It can be connected to complex data from multiple live data feeds like election commission, opinion, and exit polls, RSS feeds, ODBC, SQL and instantly convert it to dynamic and engaging real-time election graphics for fabulous elections’ coverage.

With the quantum of data flowing from everywhere WASP3D election graphics & broadcast, the system is the choice of hundreds of broadcasters globally.

WASP3D has accomplished successful election projects with some of the fortune 500 enterprises and leading broadcaster’s world over.

Within the application, user roles and functions can be defined for faster & efficient production. Users can manually feed in the data, which automatically builds and updates the election databases. 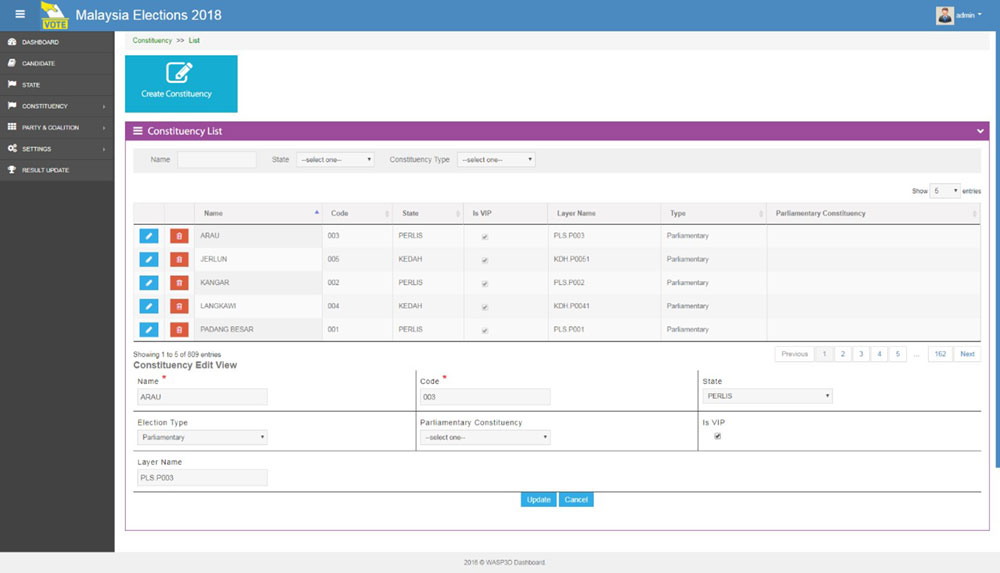 Broadcasters also have the flexibility to merge two different data sources. Any changes or updates to the manual data entry gets automatically reflected over the election graphics in real time. The Easy-To-Use unified dashboard structures categorizes, and formats manually fed data during the elections into graphical representations of the updated content. The simplified workflow consolidates all information into a single user interface and enables quick access to data related to candidate profiles, constituencies, states for edits and updates in real-time.

WASP3D the first choice of 50+ channels for India Elections 2019!